Remember the particular date of November 08, 2016 in the context of the India Economy?

Most of us Indians can never forget that date. The reason is simple… The biggest ever Demonetization Drive is popularly known as “DeMo” was announced that changed the course of the Black – Money or Parallel Economy in India. The volume of liquidity (cash money) in circulation, in the denominations of INR 500/- and INR 1000/- bank notes, was more than 15 lakh crore!

This move was announced by the Prime Minister of India, Shri Narendra Modi, and was presented by the GoI (Government of India) as a rock-hard initiative to tackle the problem of black money in India.

Another intention, although hidden, of the GoI was to make the Indian Economy… if not cashless then less-cash; as much as possible. The following facts support the argument of GoI who recently stated that Indian Economy has become less-cash in nature: –

Now, if we do the mathematics, the comparative statistics come out to be: –

Now, many online payment platforms perceived DeMo as an opportunity, because extremely lengthy queues at banks and ATMs were too tiresome. They decided to expand their business by cashing the situation. Online payment domains those boomed during & after that phase were: –

Rajul Garg, an IIT Delhi graduate in the Computer Sciences stream, founded Pine Labs in 1998. This company is established as one of the oldest FinTech companies. What started as a simple card-based payment platform and loyalty program has now revolutionized PoS (Point of Sale) solutions through such machines; thereby connecting merchants – from small businesses to large department stores. 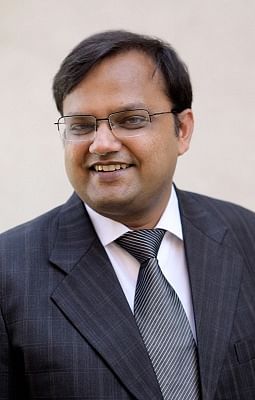 It is very surprising that this FinTech Company not only survived for so long but also took initiatives to stay ahead of its competitors. Pine Labs is not available as VISA debit cards or MasterCard. However, it has enabled the availability of PoS machines that swipe such cards for monetary transactions.

Let us understand the working of a PoS machine, as it does more than just processing payments for you. The machine is connected to the Cloud; it serves as a gateway to data to which all the connected merchants can gain access.

Rajul Garg’s Pine Labs is almost 20 years old, so it doesn’t fall in the category of a startup. But, Executive Chairman & Former CEO, Lokvir Kapoor emphasizes on the company being termed as a startup because of the innovations & agility it has always demonstrated, way ahead of its contemporary times & competitors. Recently, in 2017, Pine Labs earned the title of becoming a profitable Unicorn.

The company is working on a vision to expand further its domain on Cloud platform and include market players/giants like Zomato, Paytm, Swiggy, SBI Buddy etc. Pine Labs is currently one of the biggest PoS moguls in the market for cashless transactions; claiming to hold 10% share in the PoS market. The statistical analysis team also claims to rule 15% of the card volume through the network.

The timeline of Pine Labs can be summarized as follows: –

Enabled affordability solutions for merchants with major issues and brands.

Agreed to comply with RBI TLE Mandate of 2013. 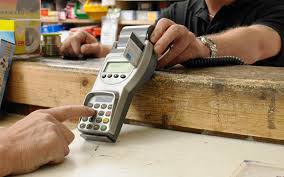 Starting with a smart card-based payment & loyalty solutions for the petroleum sector from the late 1990s to 2004, Pine Labs was abandoned by the very founders Rajul Garg & Tarun Upadhyay.

Then, Lokvir Kapoor took over as CEO to Pine Labs and spent the next decade taking the company beyond petro cards and loyalty points into the revolutionary world of digital payments infrastructure. Pine Labs also successfully zeroed in on the gap between merchants willing to provide online payments and banks waiting for a payments technology solution. So, Pine Labs became a technology partner for several banks and started providing merchants with its PoS devices.

With likes of Future Group & Shoppers’ Stop as its earliest clients, Pine Labs became India’s largest PoS player within a few years of its entry in the market. Although Pine Labs saw some competition in the form of mSwipe & Ezetap but being an early entrant in the domain, it gained the Beginner’s Advantage.

Next step taken by Pine Labs was to develop PoS machines that did more than just accept payments; it worked upon machines that could collect & collate information along with giving discounts if needed. When the chip-based technology kicked in, the entire processing mechanism was moved towards Cloud Technology; thereby saving capital expenditure on memory expansion & storage.

Rajul Garg and his Pine Labs… are making a huge difference to the society & economy. Transforming & subjecting a society like India’s to a cashless system requires consistent and mammoth-like efforts. An initiative, vision & approach… worth following!

The Digital War Room at Each Start-Up

There was a time when all you needed to...

The New Methodology of Digital Businesses

We are currently living in the digital age where...

What drives the digitized world? What runs the online...