In recent years, the entire world was hit by a huge wave of the #MeToo movement. Later, it turned out to be an impactful revolution among the womenfolk, especially those, who kept silent or were pressurized in one or more ways to stay mum over sexual misconducts/harassments at workplaces. This movement has somewhat diluted to an awareness campaign now but still alive & kicking.

Over the years of social media interactions, there has been a significant amount of debate over the interchangeable usage of the two following terms: –

My personal take is that both are poles apart and are not interchangeable in any context of usage.

Feminism has been recently projected & perceived as an indicator of a certain unavoidable level of some women’s egoistic behavioural traits against the male counterparts. The social media platforms are flooded with numerous such incidents.

Ignoring all that & coming to the moot point of discussion, Women Empowerment; now this holds an evergreen positivity in each and every form. In recent years, almost everyone from diverse walks of life has contributed to women empowerment in big or small measures. These include personnel from various NGOs (Non-Government Organizations), government ministries, SHGs (Self Help Groups), regional community groups and individuals (technocrats & entrepreneurs) etc.

One such gem among technology entrepreneurs is Sairee Chahal. She is the founder & CEO of SHEROES. You might have heard a lot about “HEROES” but SHEROES is a diverse community platform only for women. It offers the following: –

It is an online portal that helps women to connect, discuss health, careers, relationships, life stories, achievements and moments.

She operates two such platforms under the name of SHEROES, namely: –

Sairee Chahal initiated her startup as a one-woman army who is credited with building up women-at-work and future-at-work communication channels in India. She has also been successful in building a strong technology plan to find solutions to problems of gender disparity in India. 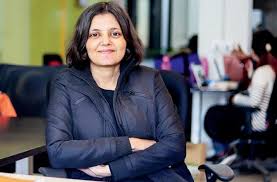 SHEROES is now a globally formidable platform. All thanks to her struggles & approaches to blending the feminine community and deep-technology awareness. Sairee has changed the game for women and their aspirations. She has developed a channel that gathers support from all but gives support only to needy women. Sairee’s innovative plans of action have directly benefitted over a million women by now. Under her leadership, SHEROES aims to imprint an impact of over 100 million women in the next five years.

Sairee Chahal is also the chief convener of The SHEROES Summit – India’s largest women’s forum. Her academic background holds M. Phil from JNU, a PGDBM from IMT, Ghaziabad along with a Fellowship at Aspen Leadership. She was a brilliant academician who kicks started her professional career while still at college. Sairee has worked with corporate enterprises like Heidrick & Struggles and CII.

Sairee founded SHEROES in 2013. Its HQ is in New Delhi. Holding the status of a private and independent startup, SHEROES plays an important contribution in the industrial sector of Internet Software Development. Like any other startup, SHEROES has some market competitors, namely – JobsForHER, Levo League, Ellevate, PowerToFly, etc. all working with the same vision and mission similar to SHEROES. 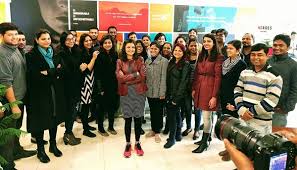 Under the ablest leadership of Sairee Chahal, SHEROES has achieved a very high platform and recently generated US$ 2 million as revenue and raised US$ 2.6 million from funds. Sairee has been globally recognized and awarded for her achievements. Some of her laurels and awards are listed as follows: –

And there are many more rewards to her kitty as well.

Sairee Chahal has emerged as an epitome of woman empowerment. In the history of India, only a handful of women have made a global impact. Her arrival on the block has been a page-turner.

She is on a restless mission to inspire ladies to come across and claim their share… their rightful place and position in the society… let their voices be heard loud and clear. She is struggling to make her dream of a world where resources are available without gender discrimination.

She is at-present a Twitter celebrity; in her words – “I hope you know you’re capable + brave + significant. EVEN WHEN IT FEELS LIKE YOU’RE NOT!”

Sairee tries to personally interact with each aspiring and struggling women. She strives her best to provide all the necessary assistance and guidance to women. Sheroes.com works in correlation with more than 3000+ companies from across the world.

Overall, Sairee Chahal is making a huge difference by bridging the gender inequality gap by making women realize their potential, honing their existing skills, matching them to suitable jobs and contemplating their talents. She is changing their lives… from a single to a few hundred or even thousands at a time!

Her struggle and success story is awe-inspiring as well as worth following for each and every woman with aspirations and dreams to realize her dreams.

Giving a twist to Abraham Lincoln’s statement defining democracy for SHEROES… we can write that – “SHEROES is of the women… for the women… by the women!”

And this is neither exaggerated nor inflated.